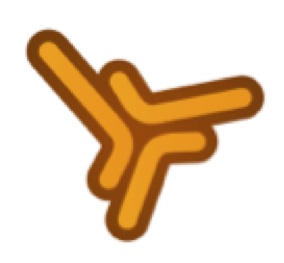 “Discovery” (Digital Semantic Corpora for Virtual Research in Philosophy) is a European project launched in November 2006 under the auspices of the eContentplus programme. The goal of Discovery is to create a federation of semantic Digital Libraries and Open Access publishers in the field of philosophy. Discovery will contain an extensive, semantically structured digital library of reliable scholarly editions of philosophical texts, high quality reproductions of primary sources, peer reviewed essays and a rich archive of videos including lectures and interviews featuring leading contemporary philosophers. This multilingual collection will be freely available via any common Web browser and will be continually enriched by user contributions.

1) Philosource, a federation of seven interlinked web sites that function both as repositories of primary sources and as Open Access publishers of secondary sources.

2) Philospace, a network of personal desktop applications that will be used to enrich the content of Philosource with semantic annotations.

Each of the web sites of the Philosource federation will be dedicated to a particular body of work and all primary and secondary material published in Philosource will have stable and persistent web addresses to ensure the reliability of scholarly references. All of the content in Philosource will be fully interoperable with the European Digital Library.

Think of this material as a vast territory ready to be explored, described, and mapped out. The original configuration remains intact, even as the territory expands with each new contribution. You can travel through the territory at will but can also design new maps and author guidebooks for others to read and respond to. Philosophy has often been thought of as a journey or exploration. Discovery aims to find out what this voyage could look like in the 21st century. Philosource is thus like a union of independent countries, brought together by their commitment to common values (free access, collaborative work, consistency of sources, standards of excellence, peer review), innovative Web technologies, and the constant exchange of ideas.

On top of this network of web sites lies Philospace, a desktop application that runs on a scholars’ personal computer and provides a more efficient workspace in which to browse, study, and enrich the content published in the Philosource federation. Philospace also contains a collaborative environment that allows users to make un-reviewed contributions such as comments and annotations and share them with other users. Thanks to the use of Semantic Web technologies, users will be able to exploit the rich metadata that describes the resources published in Philospace through sophisticated queries that would not be possible with traditional relational databases. Users will be able to search across a single Philosource site, across all at once, or to search across Philospace data merged with other external Semantic Web sources.