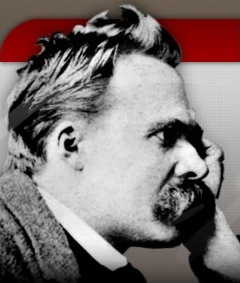 Nietzsche Source is delighted to announce the publication of  all letters by Nietzsche within the Digitale kritische Gesamtausgabe Werke und Briefwechsel (eKGWB), based on the critical text established by Colli/Montinari and including recent philological corrections.

Each letter has a stable URL allowing to be cited individually. The first letter Nietzsche wrote to his Großmutter (number 1 of 1850 in the Colli / Montinari edition) can be quoted as www.nietzschesource.org/eKGWB/BVN-1850,1; the last letter to Jacob Burckhardt from Turin (number 1256 of 1889) as eKGWB/BVN-1889,1256.

For the generous support we would like to thank the European Commission (project Agora) and the Équipe Nietzsche of the Institut des Textes et Manuscrits Modernes (CNRS/ENS).