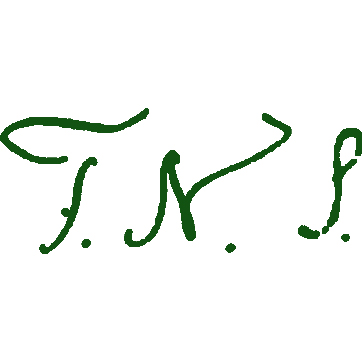 Given that today we are faced with a host of political challenges of domination and resistance, the question we want to raise in this conference is how Nietzsche helps us to think through and to address some of the problems with which we are faced today but also how his writings complicate our desire for swift solutions to seemingly intractable problems: how to resist slavishness in thought and action, how to maintain hard-won civil liberties and rights in the face of encroaching hegemonic discourses, practices and forces, or how to counteract global environmental degradation, in short, how to oppose ‘totalitarian’ movements of homogenisation, universalisation, equalisation, and instead to affirm, both politically and ontologically, a culture of difference.

Although on the one hand Nietzsche was deeply critical of politics and politicians, on the other hand he advocated a ‘grand politics’ and frequently expressed his admiration for great statesmen such as Napoleon. Although, on the one hand, he questioned the value and implications of democracy and the ideal of equality it involves, on the other hand later thinkers, e.g., Jean-Luc Nancy, have recently extracted a Nietzschean sense of democracy from his writings. In fact, it has often been noted that Nietzsche’s thought contains – or at least implies – a complete political ontology, and this has been teased out by a host of twentieth-century post-structuralist thinkers, above all by Derrida, Deleuze, Foucault, Irigaray, Lyotard, Nancy and those who come after them. They, and we, are grappling with thorny questions of the possible intersections between political theory and political engagement, how to envisage forms of resistance without agency, what ateleological action looks like, and how to maintain a sense of the political without relapsing into the intellectual co-ordinates provided by a substance metaphysical framework and its purported grounds.

At the intersection of ontology and the political, Nietzsche’s thinking beyond subject, substance, telos or ground, and in terms of differentials of forces and impersonal events and processes, induces us to examine our traditional ways of thinking and our cherished anthropocentric investments. Given these strictures, the question is, in what ways does Nietzsche’s thought harbour the resources for a contemporary politics of difference and a thought of difference equal to it? These are some of the most intractable, yet at the same time most urgent questions facing anyone aiming to think with Nietzsche in these dark times. This is not to suggest that these are completely new questions – they have been asked in a variety of texts for many decades – but they have taken on a new urgency, given the perilous state the world is in at present. And since Nietzsche is arguably one of the most rigorously post-metaphysical thinker, if we pay close attention to what he says, we might be able to reinvigorate our political thinking beyond modes supported by the established consensus.

Some of these questions might be put as follows:

Can contemporary political phenomena be interpreted in terms of Nietzsche’s understanding of reactive and active forces? If so, how?

What is the role of slave morality in the constitution and operations of recent political movements and trends? Are there any pockets of nobility left in the political realm? If so, where?

What is a thought of the political beyond substance metaphysics?

Can the Nietzschean sense of agon serve as a viable model for contemporary political thought?

Beyond utility and calculative rationality, can Nietzsche’s thought mobilise a political activism?

Possible areas of investigation for a Nietzschean thought and politics of difference, although these are just suggestions:

·       Nietzschean nihilism and a politics of difference

·       Will to power and a politics of difference

·       Nietzsche’s perspectivism and a politics of difference

·       Identity and alterity in Nietzsche’s works

·       Politics and the political in Nietzsche’s thought

·       Nietzsche’s concepts of the herd, the slave, the last man and a politics of difference

·       Nietzsche in relation to the question of the animal

Applications for 30-minute papers with abstract are invited by 30 April 2018. Please send abstracts (max. 500 words) by email to: andrea.rehberg(at)ncl.ac.uk as a pdf attachment prepared for blind review. Please include a title in the body of the abstract. Please name the file with the following format when you save it FNS2018ABSTRACT_YOURLASTNAME

In the body of the email, please state:

·  the title of the paper

·  your name and institutional affiliation

In the subject line of the email, please state only the following:FNS2017ABSTRACT_YOURLASTNAME.

We aim to inform delegates of the outcome of their submission in early June 2018. If you have a particular pressing reason to request earlier notification of abstract acceptance, please contact andrea.rehberg(at)ncl.ac.uk