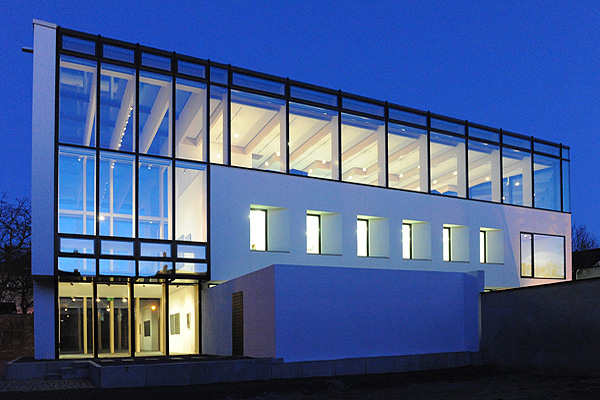 When Nietzsche became aware in 1880 that until then nobody had ever dared to take the ,Conclusion‘ from the „premisses of the Machines‘ Age“ in case it might be true that the „tools“ for writing and for the transmission of knowledge do structure these ones, did he already know that this knowledge would occupy the following generations in such a way that it might put in doubt all the present conceptions and would create the necessity for the existence of new ways of thinking? Do new perspectives arise from Nietzsche’s way of thinking?
The modern man sees himself defied by new challenges in his cultural behaviour as well as in his strategies of perception and values. He creates new means of information and new arts, new forms of discourse under the „premisses“ of the worlds of computers, of Internet, of the virtual reality and of the social means of communication. He shares the world with avatars, robots and cyborgs. In reality as well as in the media and in the arts, the modern man is questioning himself about the „Whereto“ this development will lead us. He examinates the given answers up to now, concerning the human identity, the effects of arts and the social means of communication. Research about Nietzsche makes the synthesis of the discourse themes within the following question: Can we actually expect, still today, indications or stimuli from Nietzsche? In case of an affirmative answer, which ones? Where do we find the points of intersection between research results, cultural realities and Nietzsche’s observations at the end of the 19th century?
In the realms of digital circles as well as in the arts, the images of reality come across with Fake News, virtual spaces, virtual perceptions, interactions between the human being and artificial intelligence (AI), whereas fields of perception are opened in new artificial and artistic worlds. How does therefore the awareness of our own evidence get transformed, and so also the conceptions about human communication and arts? How to act from a medial and an artistic point of view in this process? And what does this mean for the media and for the arts? Can Nietzsche’s thinking help us find new answers? What can an approach of these questions mean nowadays together with Nietzsche? Can we expect to receive possible answers from our „conversation“ with the philosopher? Can we ask new questions? Philosophers, scientists of culture, media, film, literature and arts are invited to present in the following thematic sections their thoughts and the results of their research.

B – Nietzsche’s views on media and power, as well as about medial speed and virtual reality/ies